Virtual Reality and Augmented Reality is offering new experiences for users and a huge learning curve for screen content producers.   This technology brings many challenges as content creators grapple with different ways of shooting and editing.  As the users are placed in the front row seat, driving and controlling what they want to see and do, the conceptualising of an idea is heavily based on understanding how to use this technology and why would you want to.  How does it enhance your story?  Is your audience sitting on this platform, if not do you think they will, and for how long?

MOBILE VR – The mobile VR platform allows you to watch a 360VR project using a VR headset of which your mobile phone slides into.

WEB VR – Web VR gives you access to web created projects via your smartphone or computer hard drive, also via the VR headset. 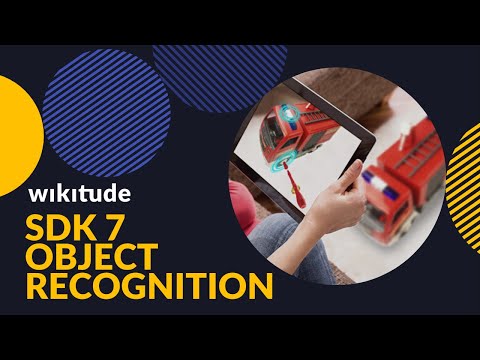 Wikitude offers the opportunity to try the free trial version with watermark and the full power of the platform. The cost of this cross-platform Augmented Reality SDK, Wikitude SDK 7 starts at 1990 Euros. Also worth noting, Wikitude is more beneficial when developing markerless AR apps for iOS/Android, compared to ARKit and ARCore (and both libraries have been added to Wikitude recently).

How so? Because with it you could do everything in JavaScript, Unity or other extensions (no need to engage several developers for separate languages) and just make few tweaks for two systems. While ARKit and ARCore work for a limited number of devices, Wikitude SDK is good to go for Android 4.4 and up, iOS 9.0 and up. Besides, Wikitude SDK isn’t limited only with SLAM – you can expand your app by image recognition to enhance print promo materials, or by geo-AR to show directions to closest stores/offices, etc.

A great tool from the US-based company of engineers, 3D designers and animators with 20 years of market presence, who have previously worked on Candy Crush, Hailo app, NASA and the Russian Space Agency. Along with special DeepAR Studio for content editing, they present DeepAR SDK. It comes with 4 effect types: rigid objects, deformable masks, morph masks and post processing effects. This implies that developers can utilize this AR SDK for high  quality face lenses, similar to ones on Snapchat and Facebook, as well as various masks and effects for mobile devices and desktop applications.

This Augmented Reality kit is capable of detecting faces and facial features in real time, based on patented data models and machine learning techniques. It is fast and recognizes about 70 facial points at 60 frames per second. In addition, DeepAR’s engine executes precise image rendering which is optimized for mobile and web apps, even for Android phones of lower specification. 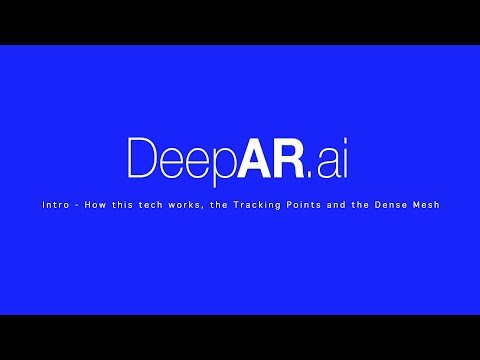 EasyAR is a free and easy to use alternative to Vuforia.

The latest version of EasyAR (1.3.1) supports the image recognition only. Version 2.0 will include the following features:

The library is completely free. To start your work with EasyAR, you only need to register the account and to generate the plugin’s key of your Bundle ID. EasyAR is quite easy to integrate. Documentation and examples are intuitively understandable.

Get Source code and go to EasyAR for more details.

Variety of functions makes it difficult to integrate the library and takes more time to explore all options and settings.

Get Source code and look at ARToolKit

According to reviews and comparisons of efficiency, Kudan is the main rival of Vuforia and make augmented reality development very easy.

Using the SLAM technology Kudan allows to recognize the simple images and 3D objects and provides easy generation of the database in the Unity Editor. Kudan also has some disadvantages: Crash Editor (sometimes it is the main reason of apps crashing on devices). There are also the difficulties with the test license key installation (not always picks up the key).

The free version is only for application testing. The cost of a license is 1230 $. The Kudan is simple to integrate, but on the other side, the problems with Unity Editor complicate the development process.

Get Source code and see Kudan

Maxst offers two different tools for image and environments recognition. The generation of a database is online via Tracking Manager. To scan 3D objects are used applications for Android and IOS. In Unity Editor Maxst only works with the 32-bit version.

The free version differs from paid only by a watermark. PRO version cost 999$. The library is very easy to use and in integration. The official website has full and easy to understand documentation.

Get Source code and explore Maxst

Vuforia is one of the most popular platforms to help you work with augmented reality development. It implements the following functionalities: recognition of the different types of visual objects (a box, cylinder, plane), text and environments recognition, VuMark (a combination of picture and QR-code). Also, using Vuforia Object Scanner, you can scan and create object targets. The recognition process can be implemented using the database (local or cloud storage). Unity plugin is simple to integrate and very powerful.

All plugins and functionalities of the platform are free to use but include the Vuforia watermarks. The limitations just relate to the number of VuMark and the number of Cloud recognition. Paid plan without watermarks and with a certain number of recos costs 99$ per month.

Since this article has been initially written, Vuforia has released new advanced editions – Vuforia 7 (December 2017) and 7.1 (March 2018). Rolling out the biggest release, Vuforia presented new capabilities for AR content:

Get source code and explore Vuforia

NyARToolkit Augmented reality library that based on ARToolKit.

Currently used only for identification and tracking images. It is a simplified version of ARToolKit and uses the same web tool for generating the database as ARToolKit. The library is simple to integrate, but the English version is not available.

Get source code and look at NyARToolkit

We have mentioned best tools for augmented reality development. Enjoy!